My Olympic opinion on evolution

As a matter of fact, despite the grand title of this blog post, I don't really have an Olympic opinion, but it does sound like a wonderful thing to have, doesn't it?
"Here I am, the Great Goddess Kay, high on Mount Olympus, dispensing wisdom to lesser beings on the slopes..." 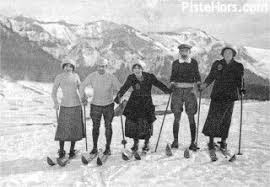 Okay, I admit that couldn't be me. I haven't an athletic bone in my body.

However...watching CBC TV coverage of the Olympic Games in Peyongchang this month has me remembering something and you'll never guess what it is. It's nothing anyone would ever associate with me: hot-dog skiing.

Once upon a time, in an earlier life (in the 1970s) I did a short stint as editor of a ski magazine because the publisher was a friend of mine. 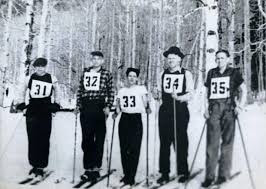 I remember that a new twist had just been added to the sport, although not yet formally. It was called hotdogging.
Skiing purists were loudly vocal in their opposition as the new sport grew, evolving thanks to a young generation of adventurers from the post-WWII baby boom.

As I recall, downhill skiers who first insisted upon hotdogging in the 1960s were soundly criticized.
"This isn't skiing, it's acrobatics."
"It will never last," many purists were forecasting.

Despite much opposition, or perhaps because of it, the revolution and evolution had begun.

Dictionary.com says this about the hot dog revolution:
"A whole new style of baroque skiing has developed. It is known as 'free style,' 'exhibition' or 'hot-dog skiing.
"Free-style skiing features somersaults, midair turns, ballet-like figures, and other feats rather than speed."Copyright (C) HarperCollins Publishers 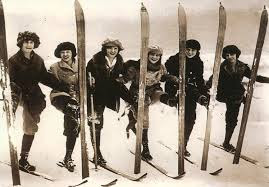 And free-style skiing did last, eventually reaching the world at large as a demonstration event during the Calgary Olympics in 1988.

Without completely destroying the accepted style of downhill skiing (there will always be old fogeys, right?) hot-dogging had become accepted, and evolved into freestyle, which continued to evolve into the Olympic sport we are seeing this month.

Now, in a spectacle surrounded by politics this year, we are watching the 2018 Winter Olympics: holding our breath, cheering, crying...every emotion as athletes like Mikael Kingsbury, shown here, compete on behalf of Canada, with moves that would have horrified the fogeys of the 1970s.
Be sure to check out this link on the subject from the Olympics themselves. https://www.olympic.org/freestyle-skiing-equipment-and-history 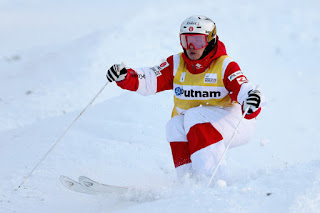 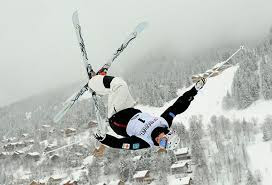 This move would have terrified the fogeys of the '70s.

Hari OM
I just adore the winter Os and am totally hooked on just about all of them - except the moguls. I have even scheduled a post on them myself!!! Am sitting up now waiting for the curling... YAM xx

Oh dear! that does bring back some memories! Way back then - I was teaching and would sometimes meet students on the slopes who would give me all sorts of instructions usually ending with a laughing instruction to "enjoy myself". I am still not sure if they were really being helpful or simply wanted the excuse to laugh at the spectacle I would make! I was much more comfortable in the surf than on the snow and was simply happy to stay upright! Such a long time ago!!!!!

I must tell you that we were really impressed with Virtue and Moir. They are truly in a class of their own. We’re having fun watching the Olympics.

Funny but I can't get into watching the Winter Olympics. Maybe because I left sport behind when I reached 30/40. And anyway, all that ice and snow - who wants that? It seems kay that our current UK weather is a blast of Arctic air via Canada, gee thanks!
Nothing like your own temperatures of course but minus temperatures are pretty uncommon around here near rhe west coast and the Gulf Stream. Staqy warm and get those skis out only if you have to. Best wishes and hugs from Stalmine.

Regretfully,I think the athletes have become almost a sideshow in what has become an international event more concerned with politics, power, money, corruption, doping, a win at all costs mentality. I am afraid it all makes me sick and I don’t watch it at all. A friend of mine commented the other day, “I wonder how many medals will have to be returned after they find that the “winners” were using performance enhancing drugs?” Given the recent history in sports, it’s a valid question, isn’t it?

Interesting to see how both language and sports evolve!

I'm definitely NOT a winter fan. So this looks to me, for being for the young. The only part I like to watch of the winter olympics is figure skating.

Whenever I see somebody go down those mogul slopes, I just keep thinking: ouch my knees, ouch my ankles, my knees, my ankles. OUCH!

I have outgrown winter sports (sounds so much nicer than saying I got too old). We used to go to the snow to ski cross country and enjoyed it ....I can't even think about it now ... can't imagine being that cold ever again.