Am I at the beginning of the end?

Old age (I looked it up) refers to ages nearing or surpassing the life expectancy of human beings, and is thus the end of the human life cycle.   (Wikipedia)

Seriously, Wikipedia..."the end of the human life cycle"?
Really?
Who wants to know that?

FYI, dear readers, the organic process of aging is called 'senescence' — while the medical study of the aging process is called 'gerontology.' You'd think they could get those two to meet, match, coincide or at least be spelled similarly. Senescology? No, but I digress. Old people digress a lot, have you noticed?

So, yes, I researched, to some degree, the subject of age:

Terms and euphemisms for those approaching the end include old people, seniors, senior citizens, older adults, the elderly, and (in many cultures, including the cultures of aboriginal peoples) elders.

However, in my experience, impending old age (my own euphemism) is called horror.

"Old people often have limited regenerative abilities and are more susceptible to disease, syndromes, and sickness than younger adults."

How horrible is that? I don't want to be susceptible to a syndrome, having already had more than my share of diseases and sicknesses, even as a younger, but not much younger adult.

I just realized I led myself into discussing this subject  while in the process of preparing a former post
which was about about elephants.

You know elephants: they never forget, unlike yours truly here who forgets everything, and I think they live for squillions of years if they aren't shot or, worse still, left to die after a hunter has removed their tusks.

Oh, wait! Re elephants—not squillions of years of age at all. I looked it up: 60 to 70 years, it seems, somewhat less than what I expected my life expectancy to be.

But that means I have lived longer than an elephant, even if Jumbo lives to a ripe-old-elephant-age. 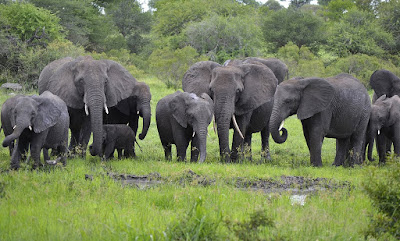 Trump son's hunting, or not?


This just in: I wrote this blog post, about hunting elephants for their tusks, on the weekend and now, Monday, it appears pressure from social media might be having an effect.

Amazing — Trump just tweeted that he's putting his plan on hold and the BBC says it came after massive action on social media! Our pressure is working, but we haven’t won yet... (from Avaz)

US lifts ban on African elephant trophies
More than one online news source reported that the US import ban on elephant trophies from Africa had been lifted. Some say it's been done because the son of the president of the United States wants to be able to kill elephants 'legally'!

"US President Donald Trump just gave a sickening gift to his son: changing the law to let bloodthirsty American hunters murder elephants in Africa and bring their heads home as trophies.

"Trump Jr. shot and mutilated an elephant — and now his dad is rewarding him by letting anyone join in the slaughter, and allowing them to bring home elephant body parts as souvenirs, even as ivory poaching threatens to wipe these amazing creatures out.

"Elephants are facing extinction and this is no time to strip them of protection. Trophy hunting drives the slaughter of elephants, increases demand for their body parts, and projects a double standard that makes it harder to tackle ivory poaching," reports say. 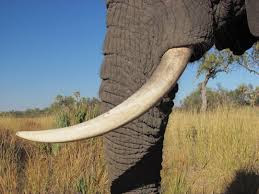 "The Trump administration says it will only lift the ban on trophy imports from Zambia and Zimbabwe, countries which, (Trump) claims, have sustainable, well-managed elephant populations."

Meanwhile, in Zimbabwe, government officials trap baby elephants to sell them to zoos!  With Americans joining Zimbabwe in eliminating elephants, that population of 21,000 could be decimated in no time.

Experts say it’s almost impossible to stop poaching when wealthy Americans are shooting elephants for fun. The only way to save elephants from extinction is to stop killing them, and to reduce the demand for their body parts." 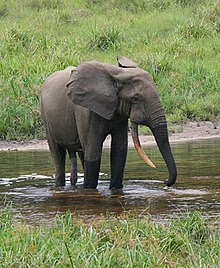 This isn't Victorian England when the wealthy had umbrella stands made from an elephant's foot and lower leg.

Surely my friends and I are not alone in our horror following this backward move on the part of the president of the United States.

Oh, yes, that president. That's the one. Leading elephants and the world toward extinction.