All I want for Christmas...

There is a book I want for Christmas this year.
That's all, just one book.
In the latest issue of Canada's Maclean's Magazine, copy editor Larissa Liepins has reviewed "The Sense of Style: The Thinking Person's Guide to Writing in the 21st Century" by Canadian-born Steven Pinker.
Oh, yes, please. I need a guide to writing in the 21st century. My biggest problem is thinking too much, which makes this book an obvious choice for a thinking person like me.
Pinker also, says Liepins, "applies his considerable expertise in cognitive science and linguistics to crafting a modern-day style guide for, as he puts it, 'people who know how to write and want to write better'." 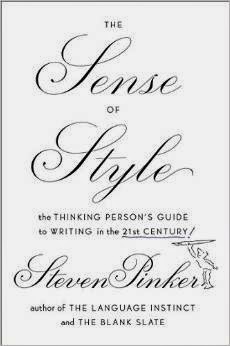 Oh yes, that would be me. I've been writing since I was six years old, and have had some experience in the craft, as well as some experience as a proofreader and copy editor, and I know quite a few other writers. I know that, deep down, we all want to write better. Many of us also need to know what the 21st century wants of us as writers.
"If you count yourself in that group," Liepins goes on, "you likely own a style bible of old, be it Strunk and White's The Elements of Style or Fowler's Modern English Usage" and you will find them "frequently in Pinker's crosshairs."
Okay, shoot, Mr. Pinker. I'll get over it, even if you malign those treasured tomes and tell us repeatedly that language purists are "sticklers, pedants, peevers, snobs, snoots, nitpickers, traditionalists, language police, usage nannies, grammar Nazis, and the Gotcha Gang"!
Sigh, but I will get over it.
I will get over it because scientist Pinker has convinced editor Liepins "that, not only will we not go to hell for splitting an infinitive, sometimes it's the only way to boldly go."
I like that.
I need someone with "expertise in cognitive science" as well as linguistics, who "mines everything from obituaries to Dear Abby columns for good writing."
Sigh again.
Writers of my advanced age will remember Dear Abby's skill with words, and may have, as I did, demanded of our parents and siblings, "Read this! What a great line!"
Now, just don't tell Steven Pinker that when I grow up I want to be Dave Barry.

***
I am linking this, quite belatedly, to Open Link Monday at my favourite writers' blog, Imaginary Garden with Real Toads. Thanks for being there, dear Toads.

Get listed: The Art of War

In the Imaginary Garden with Real Toads, this Wednesday’s word list was from a 1910 edition of The Art of War by Sun Tzu. An ancient book, it has been published and republished until the actual identity of the original author is lost in the mists of time.
And here we are, 100 years after “The War to End all Wars” and our world has never seen a prolonged period of peace.


I have chosen a few words from the list of 13 to include in a short poem on a subject that haunts us all.

Succinctly Yours in 140 characters

"How low can you go?" asks Grandma, at Grandma's Goulash.
Grandma has been asking that question for 182 weeks now, and I used to respond to it regularly. I've been remiss for some months now, but I'm back, at least for today.

Grandma posts a picture for participants, and asks us to write a short story about it in 140 words or 140 characters. I always like to use 140 characters. It's challenging, and it's fun. This week, my contribution consists of a short conversation in 140 characters.
There's usually a word of the week, too, and I like to fit it in if I can. This week's word is "deal". 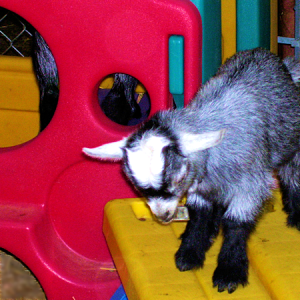 "What is that animal doing up there?
Someone get it down! I don't want any animals in here."
"Oh, it's no big deal. He's just a little kid."

but then I hibernated
and I waited and I waited
to become a Toad again,
you see.

but waiting did no good
(hibernating, even less)
and I forgot how toadly
I had been.

I forgot my toadly parts
and only could see warts
where once there’d been
a lovely shade of green.

I used to be a poet
of nonsensicable verse
but life somehow got worse
’til I lost my sense of verse,
becoming short and shrill and terse
instead of green.

Thanks to all my friends in the Imaginary Garden with Real Toads for inviting me to come back to the Garden when possible, with a special thank-you to Kerry, and to those toads who have become my friends on Facebook.
Posted by Kay L. Davies at 1:23 PM 18 comments:

The unfittie returns at long last

Hello world, I'm still alive, and as well as can be. 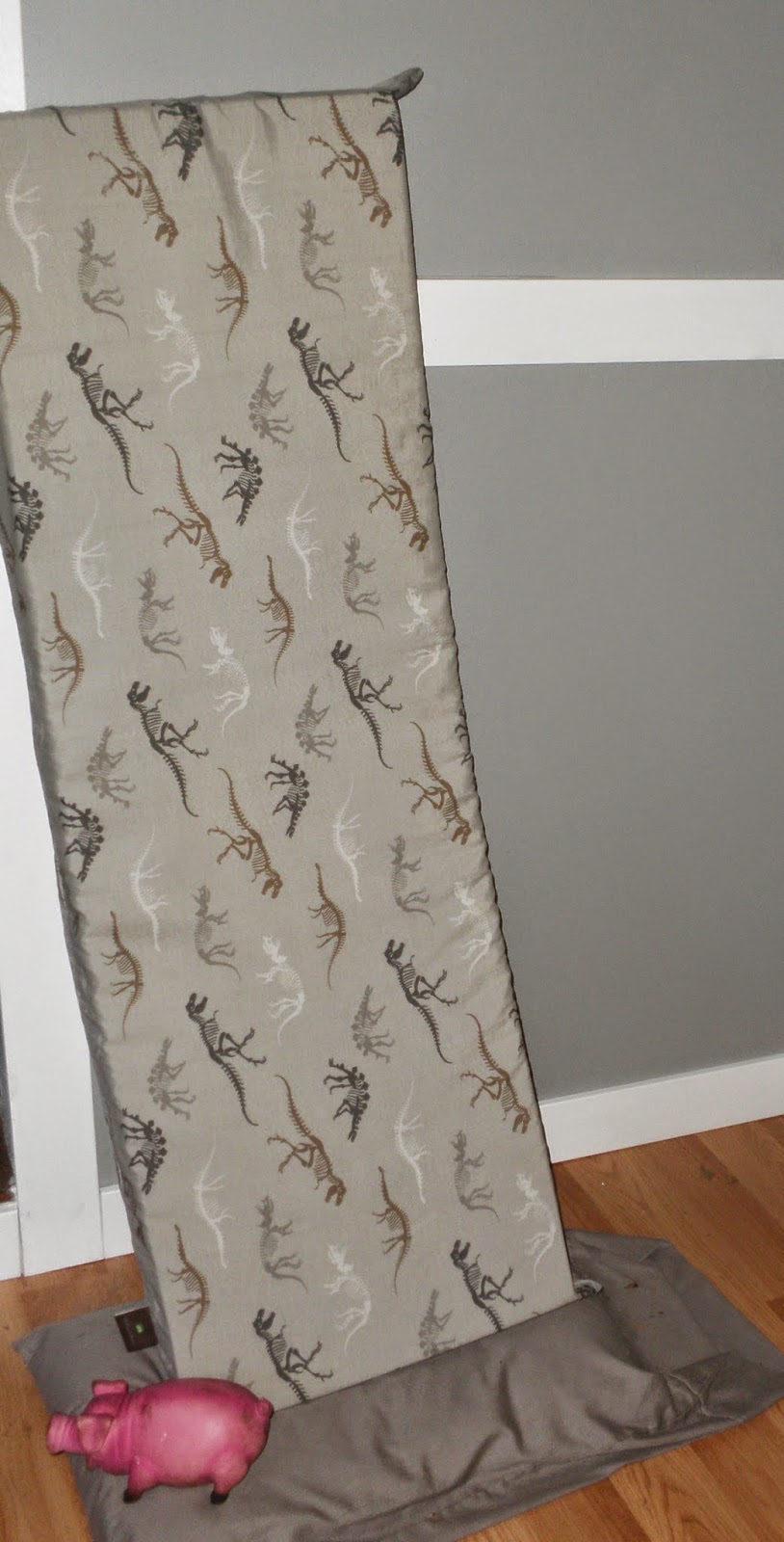 There are still some final touches to be done on The Great Canadian Home Renovation...but I have almost reached the picture-hanging stage in the living room. Various pictures are on chairs and bookcases around the room, being "tested" as to colour and appropriateness, with only minor attention as yet to subject.
However, it feels good to have something to write about, at long last, along with the desire to say it.
When we bought this house, it was guesstimated by the realtor and the former owners to be approximately my age.
Old.
And old houses, built piecemeal in the 1940s, 1950s and onward, as time and money allowed, can prove to be a serious challenge to owners in the 21st century. With said challenge can come a lot of surprises, many additional costs, and some creative cussing.
Sigh.
Now I have to hope Blogger will communicate with my camera when I take photos of the "new" house. Much to my surprise, my two new photos appeared when I connected the camera today. The older picture, taken last week, required much ado on my part to get it from the camera to the computer.
Perhaps...and I'm making no promises...perhaps I'm back to blogging!
Meanwhile, you might be wondering about the photo shown above. Well, our darlin' dog Lindy has pretty much lost her eyesight, and gets confused in the house sometimes because the renovation required considerable moving of furniture, and she bumped her head on the wall a few times when aiming for the doorway between the living room and her food dish.
If you know Lindy, you know food is worth far more to her than a mere bump on the head, but my husband panicked, so I had him take me to an upholstery shop. There I purchased two large pieces of upholstery foam, which I covered with pillowcases intended for a child's body pillow.
Now, when Lindy misses the side of the door, she hits her head on the foam. She has also decided that the pillow helping to keep the foam upright makes a nice place for a nap, and for storing her favourite toy, a bright pink fellow named Biggy Piggy.
And now for the renovation project in all of its glory...make that "part of its glory"...
For years I've had a big, heavy, white-painted, wooden bookcase. I had Dick move it out of the shed, where it was stored during the renovation, onto a large piece of heavy plastic in the yard. I started to spray it black.
That's when I discovered that even spray-painting, as easy as it might sound, still requires bending oneself into awkward shapes, and is also quite painful for a person with chronically sore hands.
Who knew?
So I spray-painted the top and the sides black, re-painted the shelves white (because I did, after all, have to cover up the black where my spray went astray) and am quite delighted with the result.
I somehow haven't managed to fix the hole that appeared gratuitously when the bookcase was removed from the shed, but I'm thinking of remedies somewhat more effective than stick-on mailing labels, which didn't work.
Meanwhile, I'm delighted with our colour choices. Two shades of grey on the walls, with white moulding and baseboards, is very soothing.