Watch for these and other topics coming soon 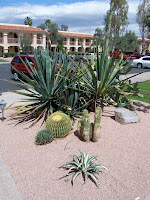 WHAT'S THE WORST THAT COULD HAPPEN?

WHAT COULD BE WORSE THAN THAT?

WONDERFUL THINGS FOR UNFITTIES TO DO
Posted by Kay L. Davies at 10:48 AM No comments:

I wasn't the only one who had problems sometimes 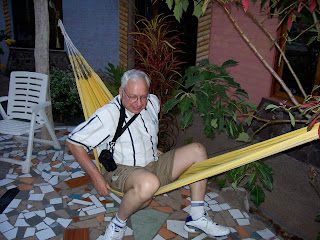 Dick got a little confused by a hammock at our hotel in the Galapagos Islands. What to do next?
Posted by Kay L. Davies at 7:01 PM 1 comment:

Want to make a comment on my blog? Having trouble signing in? Blog comments gratefully received at ourcopyeditor@gmail.com.
Posted by Kay L. Davies at 2:33 PM 1 comment:

Stay tuned for these and more...

Stay tuned to upcoming chapters of An Unfittie's Guide to Adventurous Travel. Learn more than you ever wanted to know about unfitties, and all you need to know about such things as transportation...
and accommodation.
Posted by Kay L. Davies at 3:26 PM No comments:

My friend's son has developed a fabulous tool for getting things from hard-to-reach places. www.telestik.com

CHAPTER 1 - TO THE READER 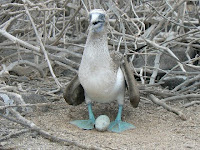 Okay, so you’re not as young as you used to be. You have pains in places where you didn’t used to have places, and you suspect your weight in pounds far exceeds your height in centimeters, although you’ve never been mathematically inclined and never mastered the metric system. The math part won’t matter anyway, unless you want to explore countries where everything is metric.

But you really don’t want to explore anything much any more.

You no longer imagine yourself walking the Left Bank of the Seine because you can’t even walk to the bank where your passport molders in a safe deposit box. You don’t imagine yourself sipping anything stronger than ginger ale, or maybe going wild with a diet cola on New Year’s Eve, and you no longer wish you were part of the crowd in Times Square. You don’t want to stay up to watch the ball drop. You’re happy if you live in the west and can watch it drop at nine or ten, when it’s already midnight in New York, so you can go to bed with a heating pad.

Can this really be you? How did you get to be an unfittie?

You remember when you could work full-time plus overtime, do your own housework and laundry, serve on a couple of committees, attend a few meetings, and go dancing every week.

You remember when you were 34 and could outrun a soccer-playing 13-year-old in a hundred-yard dash, although you realize you couldn’t have held out for a longer distance, even then. Maybe it was a sign, but you were too triumphant to notice it.

Triumphant, oh yes, you were, and you were all kinds of other good things, too. You were still young in your 30s – you were bright, productive, resourceful, excited and exciting. Members of the opposite sex still turned to look when you passed, and you still appreciated it. Hey, you still expected it.

You don’t know when you became invisible. When your hair first started graying, you thought it quite chic. Rather than dye it to conceal the gray, you dyed the gray parts purple, to match your favorite outfits. You certainly weren’t invisible then.

Nor were you invisible in your early 40s. You could still turn a head now and then, but nobody called you ‘cute’ any more. Instead, they said ‘good-looking’ or ‘charming’ or, if they loved you very much, ‘gorgeous’.

In your 40s, you fondly remembered the plans of your youth, when you wanted to change the world. You never quite accomplished it, but, in your 40s, you still thought there was time. The wild excitement of civil rights issues and women’s issues had, perhaps, given way to more subtle environmental causes, but you could still get pretty wrought-up about saving whales, pandas, or your local river.

Now you’re a confirmed recycler, if your spouse will bundle up the papers and plastics and cans and take them away. You want to save the polar bears, and those endangered penguin species, but you aren’t sure you could travel to the North or South Pole to see them.

You aren’t even sure you want to travel at all any more.

Then, one day, you casually ask your spouse, just as a point of interest to see if you’re still soulmates, and not as a suggestion at all: “If you could go anywhere in the whole world, where would you want to go?”

Much to your surprise, he waves a brochure at you and declares, without hesitation or doubt, “Here!”

It’s from his university alumni association. They’re arranging a trip to the Galapagos Islands.

It doesn’t dawn on you right away – you’re not the quick study you once were – but life, as you’ve grown to know it, is over. 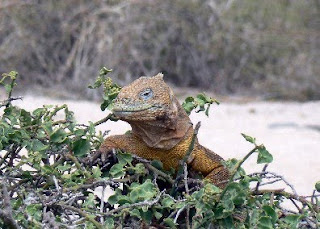 Because my husband always says, "I don't want to go without you," I have found myself in some surprising places over the past few years, and I've seen more than a few amazing things. It hasn't been easy for me, but I have come to believe it is better to go than to stay at home. In other words, I won't regret going, but I might regret not going.
Watch this blog for samples of how I coped with pain, fatigue and adventurous travel.
Posted by Kay L. Davies at 12:39 PM No comments:

Coming some day to a bookstore near you 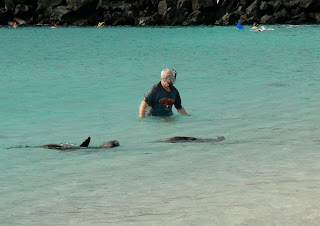 Dick snorkels with sea lions
My large and healthy husband has been dragging me around the world by the scruff of my neck for several years now. When he presents me with an exotic destination and an exciting itinerary, I usually demur, suggesting he should, perhaps, go without me so I don't slow him down. But he always talks me into going.
Therefore, I'm writing a book about it, in the form of a series of humorous essays, and I'm beginning to see an end to the writing.
"An Unfittie's Guide to Adventurous Travel" is not so much a travel guide as it is a study of emotions and attitudes that might be keeping us from traveling, because emotions and attitudes stop us far more often than mere physical difficulties could ever do.
Posted by Kay L. Davies at 12:27 PM No comments: