Lindy's last years will be fun ones 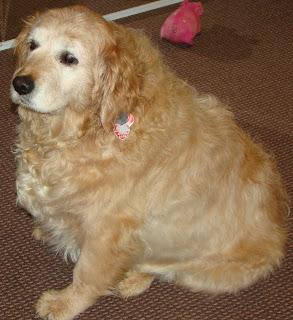 Some readers of my blog may remember our darlin' dog, Lindy. She is old now, but we don't know how old...12 or 13 years, perhaps, according to Medicine Hat's SOS Dog Rescue, from whom we adopted her in 2009.
Definitely in her doggy dotage, and blind now as well.
Although we leave her with friends, whom she loves, when we travel by plane, we always miss her, every day.
So my husband, Richard Schear, has decided we will take a road trip once a year so Lindy can come with us. She loves to stay in hotels, and also settles down quickly whenever we go from one hotel to another. As long as she has a familiar blanket and her big pink pig (who grunts, which she prefers to toys that squeak), she feels right at home.
She doesn't like long walks any more...nor do I, for that matter...so we send The Big Guy out with a camera, and he returns with plenty of photos, like this one taken at Bryce Canyon, Utah, when we visited the Four Corners states: Utah, Colorado, Arizona and New Mexico.
I feel I should apologize to my fellow blogspot bloggers, because I've been unable to keep up with my Unfittie's Guide to Adventurous Travels for quite some time now. I've had some health problems, nothing major (I hope) but enough to interfere with the writing I would like to be doing.
Growing old isn't easy when it messes with your head, but it is certainly interesting.
I'm wishing all of you success in 2016, whether with your writing, your job, or your photography, and I'll join you when I can.
Kay

I’m an old lady, so I’ve lived on this planet for a fairly long time.
I live in Alberta, so I know how much the people of this province depend upon the “oil patch” for their fuel, and for their livelihoods.
I am, however, old enough to remember when it wasn’t like this. I remember when Albertans were moving to British Columbia for jobs. The oil hadn’t been discovered yet. I am a British Columbian, and some of our dearest friends were Albertans who’d had to move. 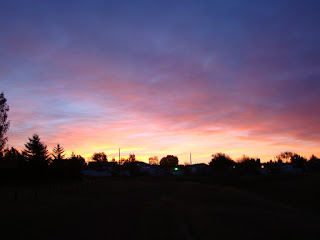 Then suddenly, the oil boom happened, and young people were leaving BC in droves, searching for jobs in the almighty oil-patch.
Now, people across the country have been made aware of the danger to our entire country posed by leaks in oil lines, by accidents with tanker trucks, or, to our horror, an oil train explosion. 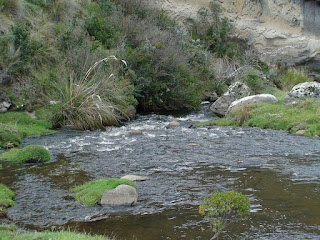 The health implications are horrendous. The dangers to the planet even worse.
“Oh, you tree-huggers want us to lose our jobs,” say the angry Albertans, most of whom would lose their jobs if the transportation and use of oil as a fuel is stopped, so I understand their feeling.
But moving oil by any means must, nevertheless, be stopped.
For the sake of the planet, it must be stopped. 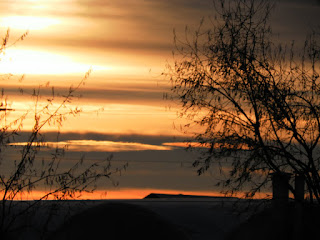 There is only one answer, and it is not easy. It will cost the country and the provinces a lot of money. It will cost oil barons a lot of money. And it will cost oilworkers their jobs.
There is only one answer, and it is retraining those oilworkers to build wind turbines, solar panels, and geothermal heating.
Europe is doing it.
Yes, countries are smaller in Europe, but there are leaders in those small countries who know a change must be made, so they’re making it.
Re-training, subsidized by the federal and provincial governments, will not cause mass unemployment if done in connection with the building of a new power structure...solar, wind, and geothermal power are the answer.
Take a look at what has been accomplished in Europe...European countries are more densely populated, but almost any roof can support solar panels, and even the most populated countries are still finding places for wind turbines.
“Ooh, they’re ugly.”
“I don’t like them.”
“Not in my back yard.”
Okay, maybe not wind turbines in back yards, although I might welcome one here in our large yard when our old dog has no more use for it. And geothermal heating causes an upheaval in peaceful suburban and even urban landscapes, but only for the short time, not for the long term.
Ah, yes, solar panels...my husband says they’re not worth the investment because they’ll never pay back the cost of installation. Yes, he’s right, we wouldn’t recoup the cost because we are, as I mentioned, not young any more. But would solar panels on our south-facing roof increase the value of “this old house”? Indeed, they would.
Besides, the cost should not be a major factor.
Cost not a factor?
What kind of old nasty hippy commie freak am I?
The kind who, although I love my creature comforts, such as they are, would like the planet to be safe for our children and grandchildren, nieces and nephews.
Posted by Kay L. Davies at 9:48 AM 8 comments: