With love but not permission... 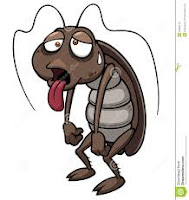 In a previous post, I mentioned a poem I've always enjoyed but was dubious about sharing  because it is still, apparently, in print.

This week, however, I'm going to be big and brave and bold, in keeping with the indomitable poet, archy. Perhaps I'm breaking copyright (I don't know) but I want to share this with you because, if you don't already know of Don Marquis and his characters by now, you should.

Also because the author is dead these many years, and because the poet who claims, here, to have written this poem was, if he is to be believed, once a vers libre bard whose soul transmigrated into the body of a cockroach named archy. 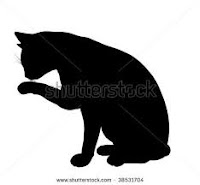 His best friend was a black cat named mehitabel who claimed to have been Cleopatra.
Who or what they may have transmigrated into by now is anybody's guess ...maybe he is still a cockroach and she still a cat, or they might even be mice... but in the Don Marquis book I love so much, mehitabel was an alley cat of dubious virtue, and archy was a very determined poet who had, one imagines, a very sore top-of-the-head.

This poem appears as it was written by archy, with no uppercase (capital) letters because, as I said, he couldn't shift for himself. 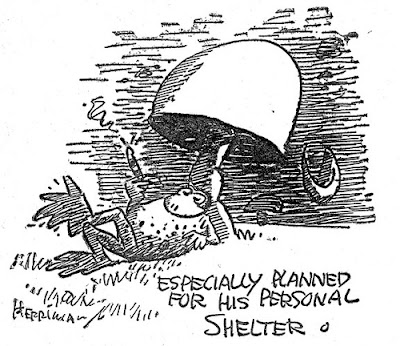 archy is sharing my walk down memory lane with
Lady Fi's marvelous meme, Our World Tuesday 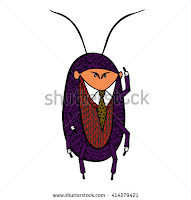 The World is Too Much...


“The World is Too Much with Us” (circa 1802) is a sonnet by the English Romantic poet William Wordsworth. In it, the poet criticizes the world of the first Industrial Revolution for being absorbed in materialism and for its people distancing themselves from nature. (Wikipedia)

In the early 19th century, Wordsworth wrote several sonnets blasting what he perceived as "the decadent material cynicism" of the time.
"The World Is Too Much with Us" is one of those works. It reflects his view that humanity must get in touch with nature in order to progress spiritually.

The world is too much with us; late and soon,
Getting and spending, we lay waste our powers;
Little we see in Nature that is ours:
We have given our hearts away, a sordid boon!
This Sea that bares her bosom to the moon,
The winds that will be howling at all hours,
And are up-gathered now like sleeping flowers,
For this, for everything, we are out of tune;
It moves us not. —Great God! I’d rather be
A Pagan suckled in a creed outworn;
So might I, standing on this pleasant lea,
Have glimpses that would make me less forlorn;
Have sight of Proteus rising from the sea;
Or hear old Triton blow his wreathed horn.

Who among us can fail to see the similarities between the ancient world, as described here by Wordsworth, and the world in which we live today?

As writers and poets, we can all read his words "getting and spending, we lay waste our powers..." and "for everything we are out of tune, it moves us not"... and we can't help but apply those words, from 1802, to life in the 21st century.

Yes, our world has seen changes which, in so many ways, would amaze and even, we suppose, awe Wordsworth, were he to see it today.

However, I doubt if he'd be impressed.

With his discerning eye, the poet would know without doubt that our modern reality bears out his opinion..."we lay waste our powers" indeed.

What would the sea god Triton think of the melting polar ice caps... what could a sea god think as we pollute his very oceans along with the lakes and rivers a poet once could love? ...The rapid extinction of one wild species after another would break a poet's heart... and, of course, war always war, never a decade or even a day without war...what kind of sonnet could Wordsworth write today?

Yes, we "lay waste our powers," and now we have to live in the world that Man's arrogance created. Who of us can really believe that 2017 is better than 1802?

And who among us really cares? "I've got what I want, and the rest of you be damned!" That is the mantra of too many. 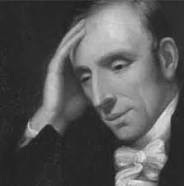 RIP, William Wordsworth. Yes, may you rest in peace despite us!

Thank you, Fiona, for the world as you see it through your discerning eye, every Tuesday.

A Daddy and dog reunion

When in doubt about a blog post, I always have dog photos on hand. These are from our recent trip to Red Deer, Alberta, to see Dick's daughters, Andrea and Randi.
We took our darling little dog, Bonnie-Belinda, who had never travelled that far before, and who had never met that many people in one place at one time, and she got along just just fine with everyone she met!
She even attended a skate-boarding bonanza. I don't seem to have photos of that, however. I was too busy worrying one of Andrea's two boys would go splat, but I fretted for naught. They knew what they were doing.
Bonnie-Belinda was fascinated with the skateboarders down in that concrete bowl, and would have joined them if I hadn't held her leash short and v-e-r-y tightly.
In these photos, we met up with Randi and Andrea at a beautiful park, complete with an off-leash area for dogs.
We didn't let our Bonnie off her leash (we don't feel she's quite ready for that in places where there might be interesting critters to chase) but she met the other dogs with aplomb.
Andrea's elderly pup, Grommet, used to the ways of the world, ignored everyone but Andrea.
After Bonnie had some sniffing and pleased-to-meetchas, we continued walking.
I, of course, gave up first...not quite exactly really quickly, mind you, but definitely first. I found a bench on which to sit, and from there I could watch the most amazing spectacle. But more on that another time. First, the Bonnie pictures, now my favourite things.
In these photos, I met up with the others at a nice grassy area, complete with facilities, ever the objective of old ladies out walking. Here, I was holding Bonnie on her leash while I sat at a picnic table.
Then she saw her daddy coming...

Because it is still in print...

So, my fellow bloggers...I do believe I can't reproduce, here, a poem I have always loved—because the book (in which it appeared when I first read it) is still in print!

Therefore, I must assume, it could still be under copyright, because my research has been inconclusive in that regard. The last date I have been able to find is 1977.

However, one poem seriously 'gives me to think' and I can't help but wonder if it will do the same for you. I will provide you with some links, so that you can decide if one of these poems reminds you of anyone alive (and living large) today.


The poem that made me think is one I've always loved, and is from a book, which I have also always loved, by a writer whom I have always loved as well (ever since I could read, and long before I could type). One of the poems linked here "gives me to think" very seriously.

Of course, now I must ask if one of these poems makes you think of one person in particular. It is a someone whom the poem fits to a T, as will probably be obvious once you follow these links and read the poems.
Now, which one person, in particular, comes to mind as you read these poems?

I'm not following the unwritten rules of Blogland, am I? But I couldn't resist. Who of us could resist linking our childhood and school years with something that overwhelmingly affects the world in which we now live?

Note: I am a Canadian, and have little or no stake in the outcome of any of this (one hopes).
I am not fond of cockroaches or toads, but I am fond of cats.

I am sharing today's post with Our World Tuesday, with many thanks to Lady Fiona for her wonderful meme.