The longest song I ever heard

The longest song I ever heard
but I remember every word,
and also I recall the day
the music died.

Over at the Imaginary Garden with Real Toads, where I was once a toad myself, Kerry recently asked for poems about iconic people.

Many icons from my youth are said to be mentioned in the song Kerry posted in her challenge: American Pie by Don McLean. However, I've read that McLean hasn't agreed or disagreed with anyone's interpretation of what he calls "just poetry" so perhaps we'll never really know. On the other hand, I've also read online articles claiming they are McLean's explanation of the song. 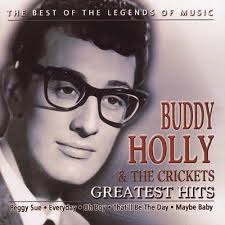 "The day the music died" is said to refer to the day Buddy Holly, Ritchie Valens, and The Big Bopper (JP Richardson) died in a plane crash in 1959. I remember the three so well... 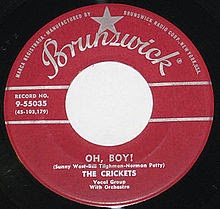 The first 45 rpm record I ever bought for myself was "Oh, Boy!" by Buddy Holly and the Crickets in 1958. Oh, boy, how I loved Buddy Holly!

Everyone thought The Big Bopper was a lot of fun and, believe it or not, his song "Chantilly Lace" was considered somewhat risqué, if not downright scandalous, by parents of the young crowd.

Ritchie Valens wasn't even 18 when he died, but his top song "La Bamba" reached a whole new audience when the movie of the same name was released in 1987.

Music is lovely
music is fine—
music is fatal
to fav'rites of mine:
Bobby Darin also died young
and Mama Cass as well.
Sam Cooke was shot
Otis Redding was not—
he died in a plane crash, too.
Accidents and overdoses,
claimed too many lives.
Brian Jones
of the Rolling Stones,
thought to be suicide.
Jim Morrison
and Janis Joplin,
Jimi Hendrix, too,
at twenty-seven
went to heaven,
all three far too soon.
The list goes on,
and on and on,
of singers dying young,
but in all, or many, cases
the music lives today.
The music
did not die,
after all.