Down in the valley so low 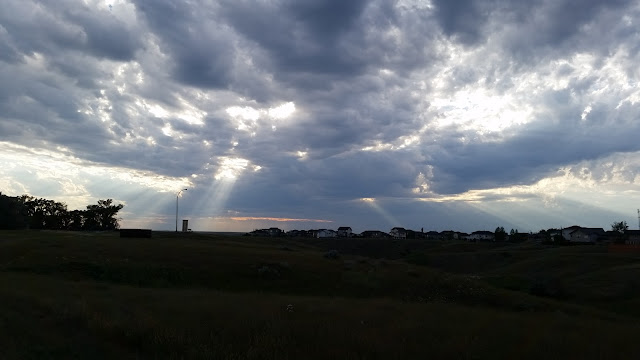 At the risk of being unoriginal, a picture speaks a thousand words, and I want to thank my husband, Richard Schear, for these photos taken with his phone while he was on his regular walk around the nearby coulee last night.

If you don't know what a coulee is, I looked it up. You'll get only a vague idea from the definition offered by Merriam Webster:
a usually small or shallow ravine; gully. Really, it says "a usually small" and even without the grammatical error, that definition scarcely does it justice.
Dictionary.com's second try was a little better:
1800-10 Americanism; Canadian French: a flowing;  feminine of coulé, past participle of couler: to flow.
But my favourite was Dictionary.com's example of historical usage:
He rode through the coulee without seeing a single cow, and an exploration lasting over an hour resulted no better.
Watch now, it gets better: the above example is attributed to Hopalong Cassidy by Clarence E. Mulford. Anyone old enough to remember Hopalong Cassidy must be nearly as old as I am, perhaps my brother Clint's age, or a little bit younger.
Anyone who knows anything about Clarence E. Mulford, however, must be even older than I am. Please let me know who you are.
So...the gully that is our coulee is barely visible to the left of the red rock path in the first photo above, and completely invisible in the second photo.
The photos below could almost be called historical, like ol' Hopalong, taken as they were by the abovementioned husband some years ago, but they should give you a good idea of our coulees, and they have already given me a good idea for another coulee-photo blog-post.
Now, Tuesday has come and is almost gone, and I forgot to link this post to 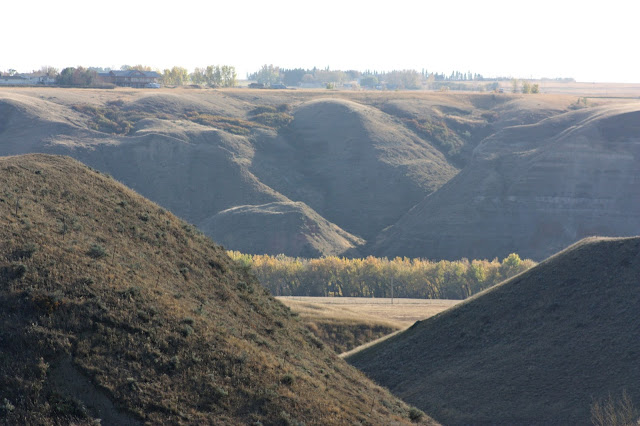 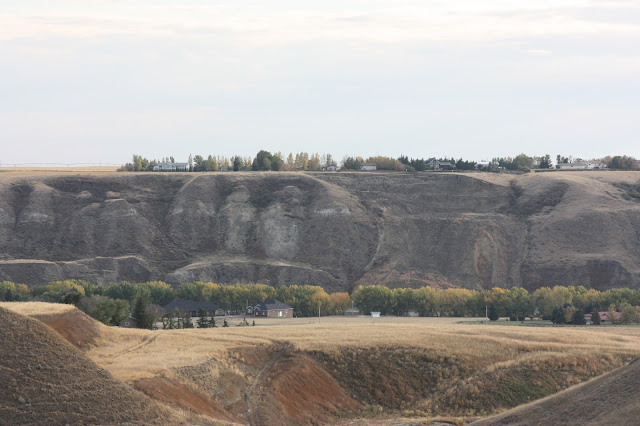 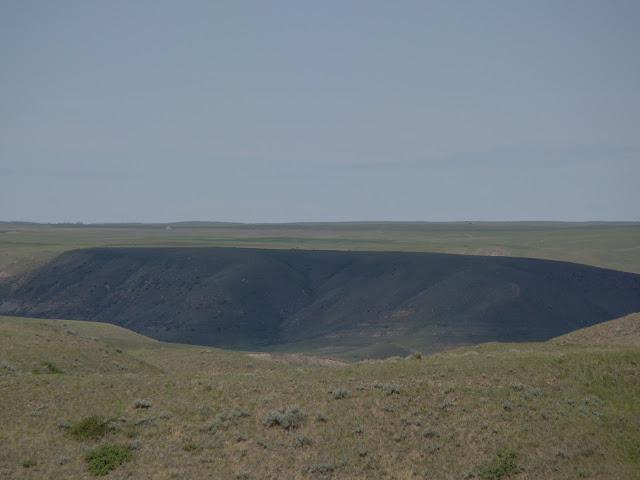 One can never have too many socks

Socks. I find myself buying them whenever I see them...well, almost. I have drawers and baskets and boxes full of socks, and I'm writing this blog post in order to remind myself not to buy any more. That doesn't, of course, apply to the ones that are waiting for me to pick them up at the Sears delivery location in town.
But I am not alone...just google "too many socks" and you'll be amazed. Photos and quotations abound, all about sock collectors like me.
Let's start with J.K. Rowling: “One can never have enough socks," said Dumbledore. "Another Christmas has come and gone and I didn't get a single pair.”
And from blacksocks.com

"One can never own too many socks. Or so the Germans believe. In Germany, women and men own 24 pairs each. Hence, they hold the European record."
European record, indeed. How about Canadian record? I have exceeded that German record, and records from many other countries, I'm sure.

Please note: The photos below are not mine, so I have attributed them to the sock-lovers who took them, to show just how far a sock obsession can go. 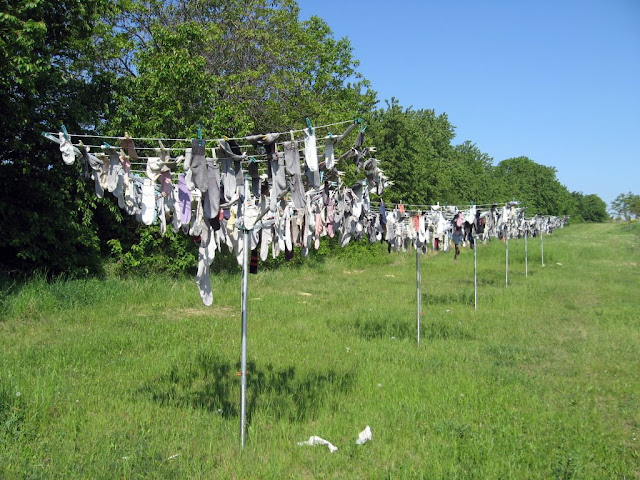 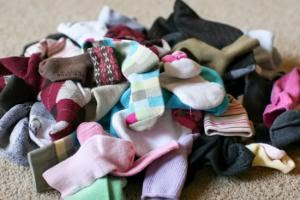 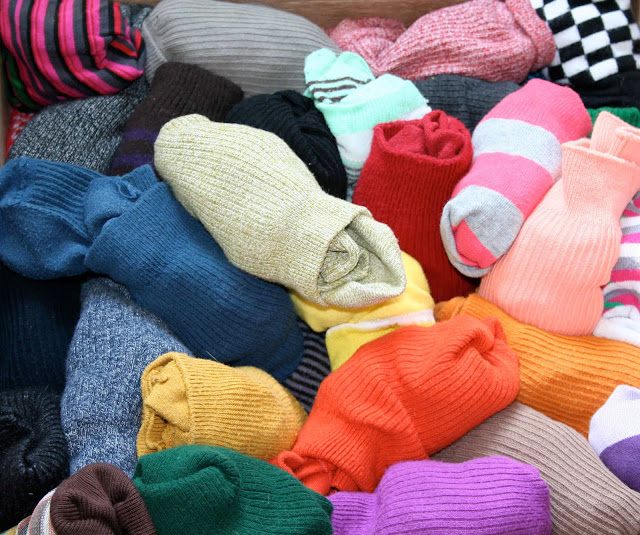 And now you know, as Dumbledore might have said: "One can never have too many photographs of too many socks."
Sigh.
And the reason for this particular post on this particular day? I have promised myself I will sort out the drawers, baskets, and boxes of socks in my bedroom, and am postponing that overwhelming chore by blogging instead.
Sigh again.

The world is too much with us, yet today

For my 2000th blog post, I have chosen the words of poet William Wordsworth instead of using my own, which are insufficient. His words might seem archaic to some, but the sentiment is as true today as it was in the 1800s when he wrote them..."getting and spending"...which of us cannot relate to that? "Little we see in nature..." we're too busy getting and spending to be able to see anything in nature. "For this, for everything, we are out of tune...It moves us not."

"It moves us not"! How many of us are sincerely moved by the atrocities in the world today? How many of us can see the beauty in nature? How many are "getting and spending" and therefore unable to see anything else?

Words of wisdom we all need in trying times 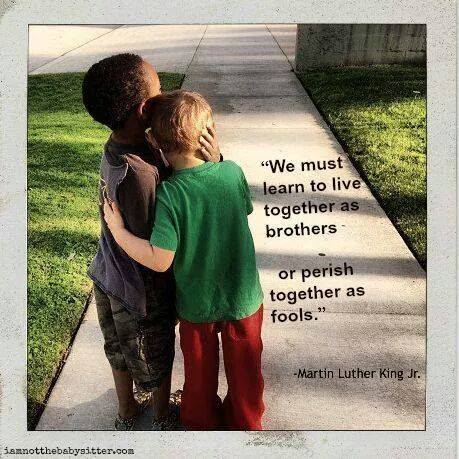 Words fail me these days, so I am sharing this quotation from Martin Luther King Jr. to express how I feel about the world today.

Does your dog often get a perm?

Lindy does, every time she's out in the rain... 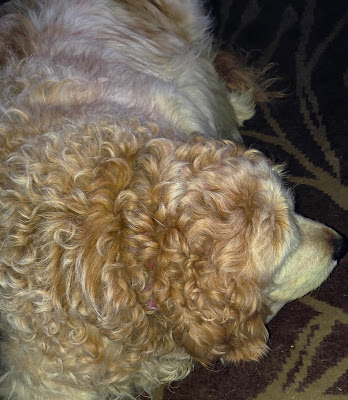 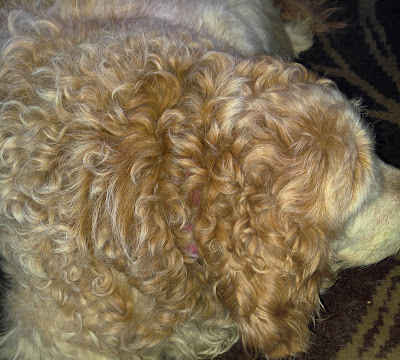 When Lindy's daddy brushed her later, many of the curls
disappeared, but she still had her 'permanent' ones left.

Sittin' in the sun, lookin' at my shadow 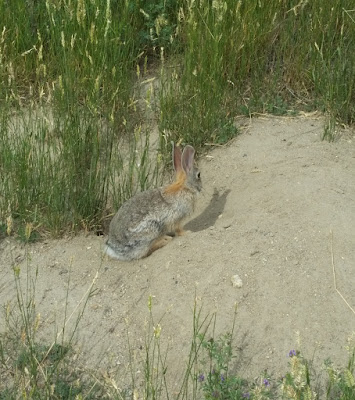 "Yep, sittin' right by my hole, lookin' at the shadow of my ears." 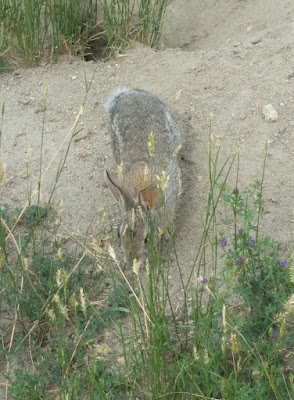 "Maybe I'll come out farther, maybe hide behind these weeds." 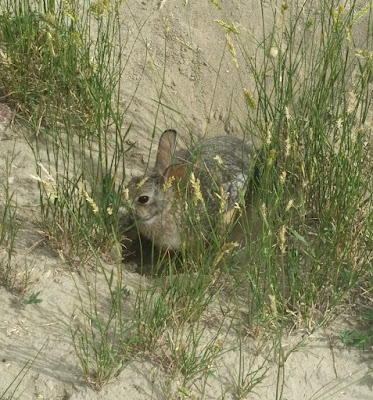 "Oops, maybe not. I think I'll just go back into my hole."

My husband Richard Schear took these photos of the comings and goings of a wild rabbit during his walk today, and brought them home for me to enjoy. Finally a picture of an animal other than our dog Lindy on my blog site!

Connecting with Camera Critters,
and also with Our World Tuesday.

Just a little rubby of the tummy, please

Linking, somewhat belatedly, with Our World Tuesday because, these days, Lindy is pretty much our world. She's getting old and tired, but she still gets enthusiastic when asked if she wants to go for a walk. Unfortunately, she doesn't get very far, but is happy to lie down to get her tummy rubbed.

This time, after leaving the house, Lindy and her daddy didn't even get across the street. She decided to lie down on the walkway immediately after coming outside, and rolled over so her daddy could rub her tummy.
Her daddy loves Lindy as much as I do (and maybe even more than he loves me) so he was happy to oblige, right there, in front of God and mommy's camera. 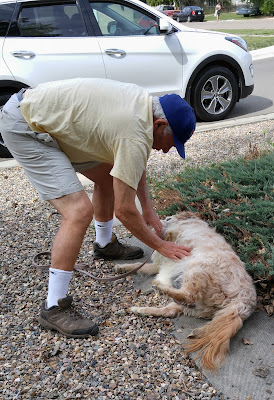 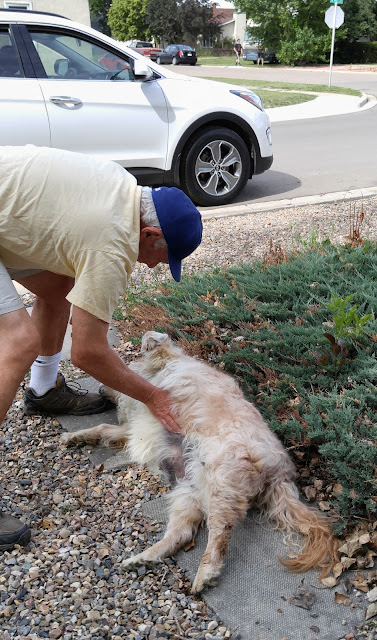 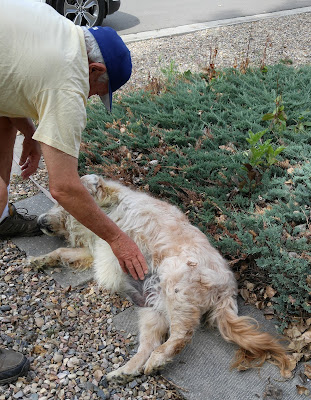 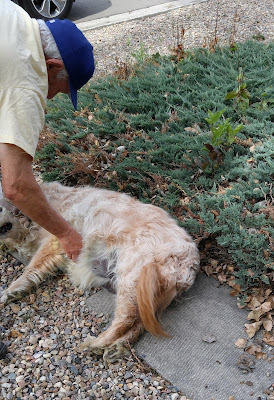 A wild and crazy sky 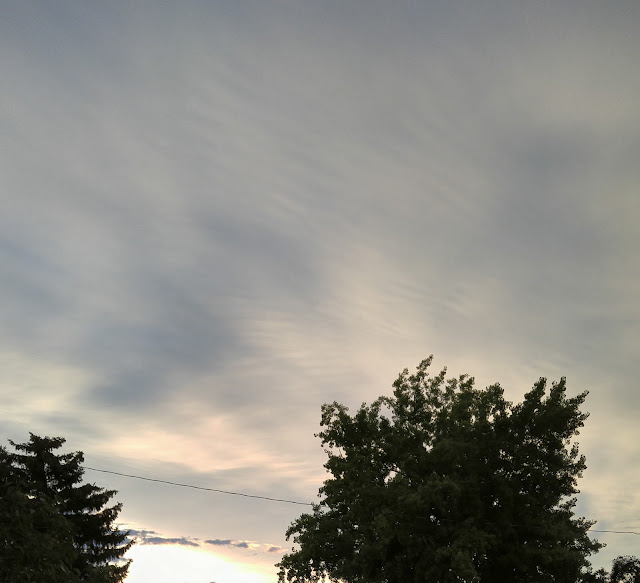 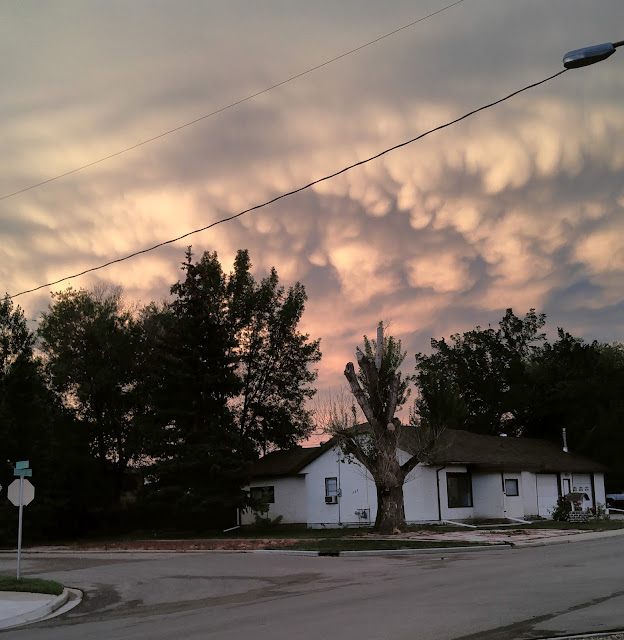 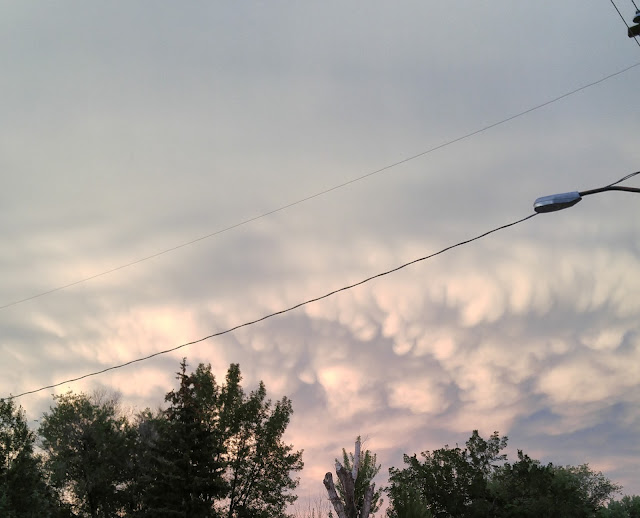 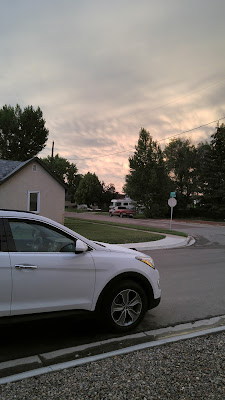 And there was no rain. It wasn't a storm, but it sure looked impressive.